Our new Planmeca CALM algorithm for correcting patient movement in CBCT images is taking dentistry by storm. As the first end-user solution for motion artefact correction from a dental manufacturer, the feature has been praised by dentists out in the field. 3D Imaging Specialist Mikko Lilja recounts how the ground-breaking algorithm came to be and why he believes every dentist can benefit from it. Our new Planmeca CALM™ algorithm for correcting patient movement in CBCT images is taking dentistry by storm. As the first end-user solution for movement artefact correction from a dental manufacturer, the feature has already been praised by dentists out in the field. Planmeca’s 3D Imaging Specialist Mikko Lilja recounts how the ground-breaking algorithm came to be and why he believes every dentist can benefit from it.

“It all happened very naturally,” says Mikko Lilja as he describes the background to developing Planmeca CALM, the trailblazing iterative algorithm for correcting patient movement.

“I had gained a good understanding of movement as an imaging problem in my doctoral research work. When it then turned out this was also a topic of interest for Planmeca, it all came together.”

The name CALM stands for Correction Algorithm for Latent Movement and describes a projection geometry optimisation algorithm which can analyse and compensate for patient movement in CBCT images. The outcome is an improved image which eliminates the need for retakes – saving time and improving patient safety. 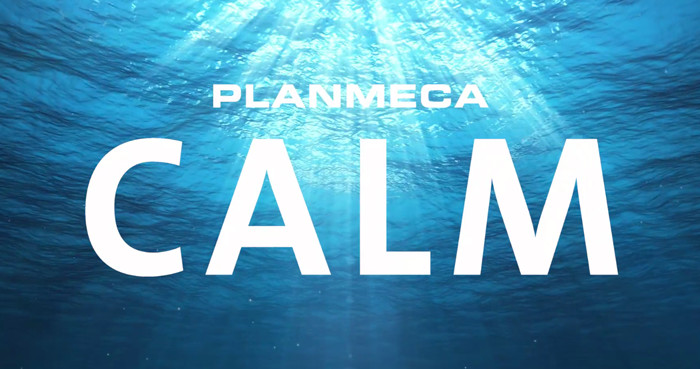 Patient movement is among the most significant challenges to CBCT image quality. When a patient moves during imaging, it produces artefacts that affect the quality of the image.

“In tomographic reconstruction, the assumption is that the measurements – in this case the CBCT X-ray projection images – are geometrically consistent with one another,” Lilja explains, “but when a patient moves, the data no longer adds up, which shows in the reconstruction.”

“What Planmeca CALM does is it restores the consistency of the X-ray measurements by tracking the movement of the patient, resulting in a sharper final image.”

Planmeca CALM works with all volume and voxel sizes and adds only under 30 seconds to the overall reconstruction time. The feature can be applied after the scan is complete, but also before exposure to ensure that the volumes are already corrected when they are accessed in the Planmeca Romexis® software.

“In the past, dentists would send their unsatisfactory images to the manufacturer for reconstruction or just redo the entire scan, but with Planmeca CALM this is now a thing of the past. We are proud to be the first dental manufacturer to provide a solution for movement artefact correction to the end-user,” Lilja states.

According to Lilja, an end-user solution for patient movement correction had been on Planmeca’s algorithm development roadmap for some time, and was assigned to him upon joining the Planmeca 3D imaging team.

“I think the timing was perfect for everybody. With Planmeca’s expertise in medical imaging and image reconstruction and my knowledge of movement correction, we just immediately put our heads together and got to work.”

The development process was not without its challenges, and a lot of effort went into creating a dedicated algorithm for Planmeca CBCT devices.

“My previous experience was related to industrial tomography imaging, where things like reconstruction times and the imaged target itself were very different. So although our first prototype tests were encouraging, we had to go back to the drawing board time and again to produce a new algorithm for dental imaging,” Lilja recounts.

“Thankfully, I had a lot of help from my extremely capable colleagues which allowed me to focus on the core problem.”

The final product was presented at IDS 2017 in Cologne to much excitement and industry buzz.

Improves the quality of any image

Planmeca CALM offers many advantages for dental imaging. The feature is particularly beneficial when imaging restless or livelier patients such as children, individuals with special needs, or elderly patients. According to Lilja, however, the algorithm can add value to any image.

“On the one end we have of course the images where the patient has moved to such an extent that an image may be unusable without Planmeca CALM, but in my experience it always improves the quality of the image. Even in cases where you might not typically think there has been significant movement, Planmeca CALM can noticeably enhance the image and enable seeing more details,” Lilja describes.

“Whatever the case, it is being able to correct movement artefacts ‘in house’ rather than having to resort to retakes or sending the image for enhancement which is key here,” Lilja states. ”When dentists are able to make the correction themselves, the end result is improved diagnostics, time saved, reduced costs, and less exposure to radiation.” 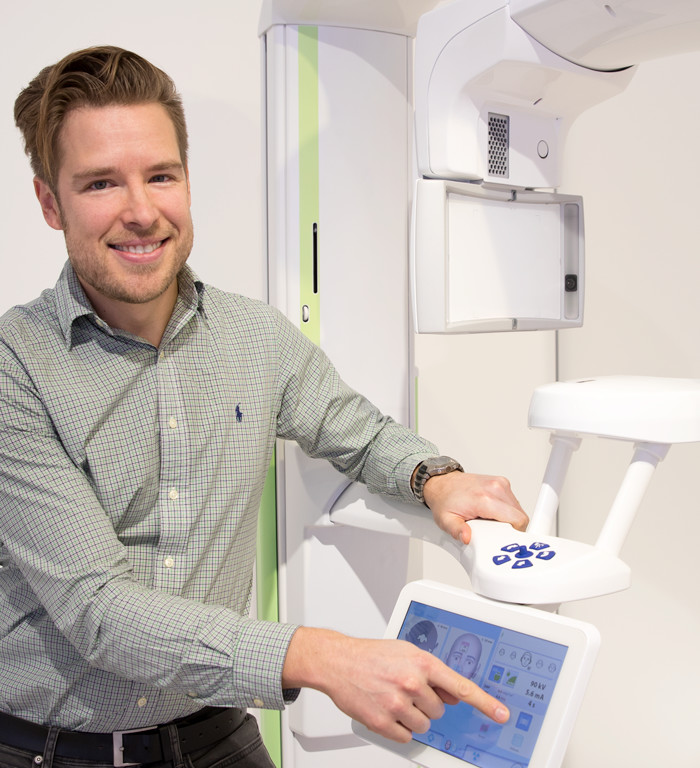 Planmeca CALM has been praised among dentists since its release earlier this year.“The feedback we have received so far has been overwhelmingly positive – both from customers and from within the company. It has been truly heart-warming to hear that the hard work that went into it is also bearing fruit,” says Lilja.

“I’ve even heard that the software has been tested by shaking a phantom head around in the X-ray unit, but that all tests have come to the conclusion that it’s ‘the real deal’. It’s a great feeling!”

Planmeca CALM is available as a software update for all Planmeca CBCT units. Contact your dealer for more information on upgrading your Planmeca unit!