The Finnish dental equipment manufacturer Planmeca has introduced a 3D printer to expand its product portfolio. Named Planmeca Creo™, the new 3D printer will allow dental laboratories and large clinics to perfect their craft and grow their business. 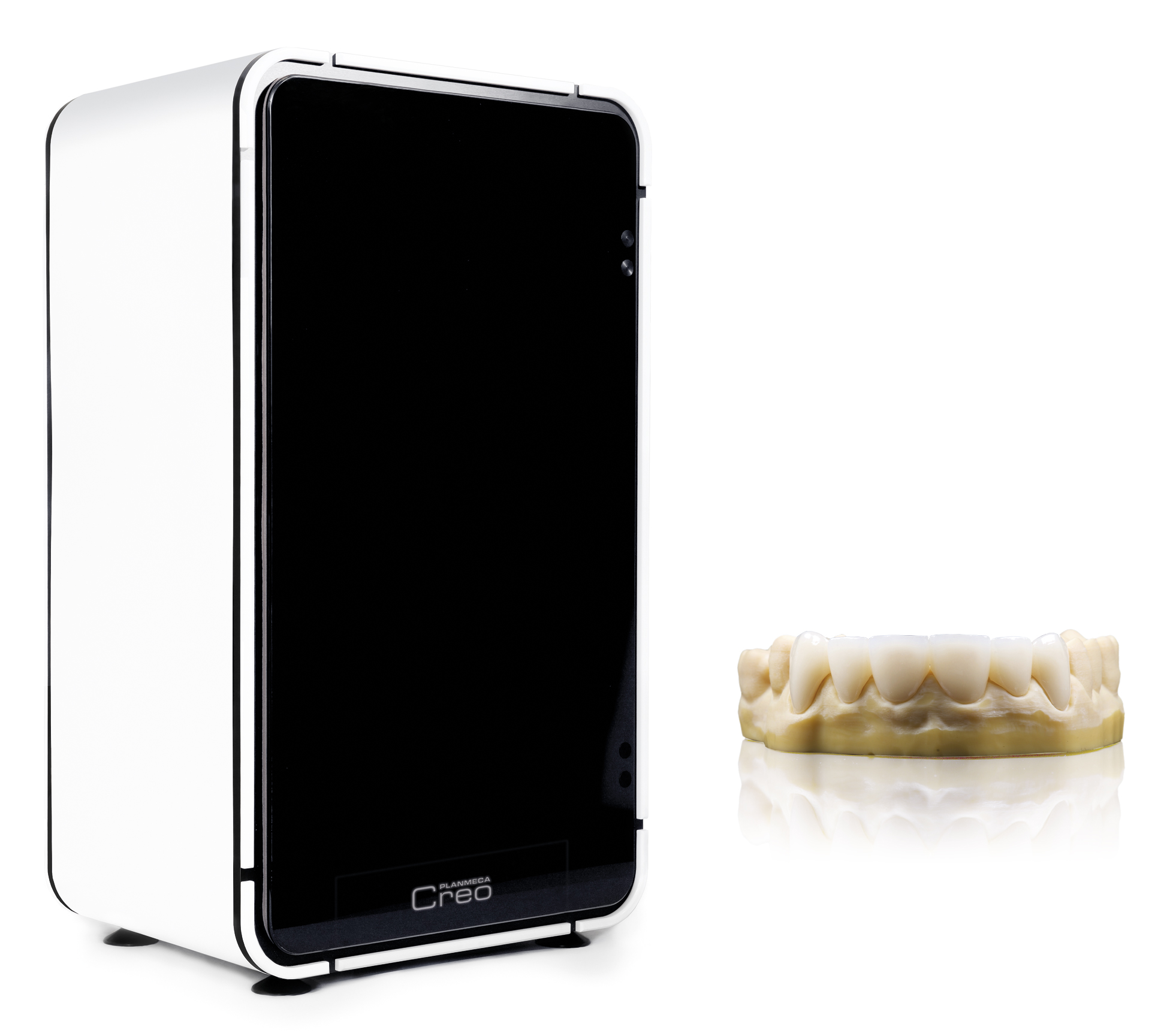 Planmeca Creo is a powerful 3D printer for creating dental splints, models and surgical guides with true precision and efficiency. In the near future, the device will also support the creation of other dental objects of intricate detail, such as temporary fillings and orthodontic models.

“3D printing is the way of the future, as it permits labs and larger clinics to expand their production capabilities and increase efficiency”, comments Jukka Kanerva, Vice President of Planmeca’s Dental care units & CAD/CAM division.

Planmeca Creo uses Digital Light Processing (DLP) technology to create objects out of UV curable resin. The 3D printer has its own dedicated software, which is included as part of all deliveries.

“We feel that 3D printing is set to take on a much more substantial role in dentistry – we can’t wait for our customers to see what Planmeca Creo is capable of”, Mr. Kanerva states.

The new Planmeca Creo 3D printer is available for pre-orders, with deliveries expected to begin in June.

Planmeca Oy and Planmeca Group
Planmeca Oy is one of the world's leading dental equipment manufacturers with a product range covering digital dental units, CAD/CAM solutions, world-class 2D and 3D imaging devices and comprehensive software solutions. Headquartered in Helsinki, Finland, Planmeca’s products are distributed in over 120 countries worldwide. With a strong commitment to pioneering innovations and design, it is the largest privately held company in its field.
Planmeca Oy is part of the Finnish Planmeca Group, which operates in the field of health care technology. The Group reached a turnover of EUR 734 million in 2015 and employs 2,700 people worldwide.