Planmeca Romexis® is the first dental software in the world to combine 2D and 3D imaging and the complete CAD/CAM workflow, while also providing extended connectivity with Planmeca dental equipment. The new version 4 of the software introduces an improved user interface that will ease the daily workflow of dental professionals around the world. Available for Apple Mac OS and Microsoft Windows, Planmeca Romexis 4.0 allows Planmeca products at a dental clinic to work together seamlessly. 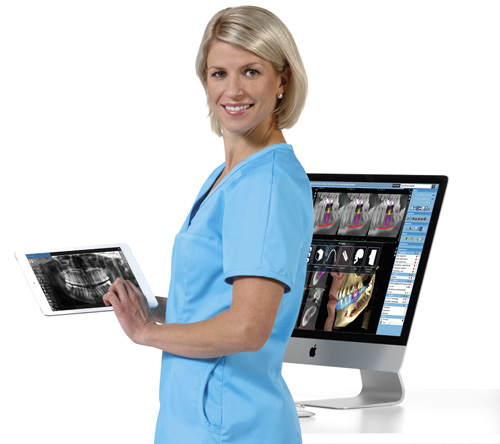 The revolutionary Planmeca Romexis® software platform offers a multitude of tools and features to meet the demands of different specialists. Version 4 of the software redefines the all-in-one experience, further improving user-friendliness and presenting a wide selection of enhanced modules. Optimised for Full HD screens, the fresh new look and design of the software corresponds with the fluid usability that has come to define Planmeca products.

Planmeca Romexis 4.0 delivers a user experience that is second to none. Its innovative dashboard interface utilises a flexible tile-based layout, helping users streamline their workflow and do more with fewer clicks. The software also dedicates more room for patient images, while its redesigned toolbars enhance usability.

“We have strived to build a complete ecosystem of devices, software and services that communicate with each other smoothly. Planmeca Romexis has always been integral to this process, as it is essentially the brains behind all our products,” remarks Ms. Helianna Puhlin-Nurminen, Vice President, Digital Imaging and Applications division at Planmeca. “The new software version is a great step forward in providing users with an even smoother workflow. With Planmeca Romexis 4.0, the future of digital dentistry has arrived.”

Planmeca is a forerunner in developing a complete range of dental solutions for dental professionals. The Planmeca Romexis software platform is at the heart of this endeavour – supporting the most versatile range of 2D and 3D imaging modalities and integrating the entire chairside CAD/CAM workflow from intraoral scanning to prosthetic designing and milling in one software. The Planmeca Romexis® Clinic Management module further provides extensive connectivity and real-time information of Planmeca dental units, X-ray devices and milling units.